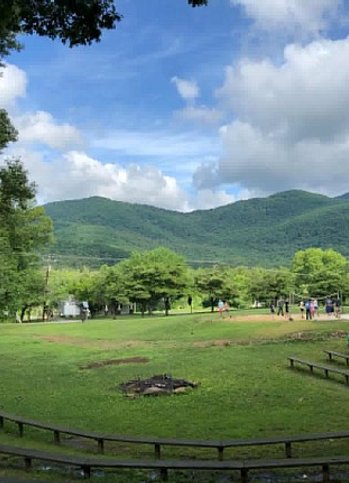 This is a paragraph. You can write your own content here, and fill in the blanks. What's your story and where do you go from here? Tell the world about your business, and make this text yours.

What is C3 or Christian Cadet Camp?  C3 is a week long camp experience at Cragmont in Black Mountain NC.

In the mountains of North Carolina near Black Mountin you can discover a small camp named Cragmont.  Purchased by the Original Free Will Baptist and opened in 1945 Cragmont became the camp and retreat center for the denomination and is celebrating 75 years of ministry in 2020.  Each year, during the Summer months, Cragmont houses 7 week of camp.

Christian Cadet Camp or C3, as we like to say for short, is one of those weeks and is the first week of the summer camping season.  Each summer, either the Monday before or after Fathers Day, a dozen churches who make up the week of C3 load buses in Eastern North Carolina to head to Cragmont.  Churches that send campers to C3 are mainly from Pitt, Wayne and Johnston Counties.  We normally have approximatly 50 elementary campers, 60 middle school campers and 50 high school campers ranging from 9-18 years old.  Our staff consist of 40-45 adult volunteers who sacrifice a week of their lives to be at C3.  We divide our staff into 2 age groups (Elementary staff & Middle School/High School staff) with 2 job types (dorm counselors and/or resource staff). Currently C3 is directed by Joey Williams (1991-present) of Goldsboro NC & Mike Rowell (2002-present) from Greenville.